Contents hide
1 Step By Step Guide The Darkness In The Light Destiny 2 Malfeasance Quest
2 To Get The Seething Heart
3 Stp Of City Of Secrets:
4 The Corrupted:
5 Business As Usual
6 Lights Out
7 Get Malfeasance:
7.1 How do you do Darkness in the Light 2 Step 2 destiny?
7.2 How do you earn points against the darkness?
7.3 What is the darkness in destiny?

Darkness is the  Light is the name of the Malfeasance Exotic quest that is called Destiny 2’s exotic. Destiny 2’s exotic hand cannons are a blast in more ways than one or two. You have to kill regular matches until one spawns because you can’t actually start the questline until this happens.

If you want to get Malfeasance, you’ll need to complete Destiny 2’s exotic. To complete the Darkness in the Light quest in Destiny 2 is too lengthy, But we share step by step a simple process to complete the part.

If you want to complete the step, You can see below the full guide to the Darkness in the light quest.

As with many other exotic quests, you’ll need to complete each step that we recommend. We try to give the best idea with a simple summary of each stage.

To Get The Seething Heart

At first, you need the Seething Heart to start the whole thing. To get the Seething Heart, you have to fight and kill the Ascendant Primeval Servitor boss in Gambit. As the Gambit bosses randomized, you’ll need to play through matches until the Servitor shows up and You have to win the match as well.

Stp Of City Of Secrets:

When you get Seething Heart, head to the Drifter and Submit it. After the Seething handover, the Drifter sets you on a quest to defeat 25 Taken bosses or minibosses in the Dreaming City. It’s a big opportunity for you. Remember that You have to damage them to count toward your total.

You will get a special version of The Corrupted strike when you’ll beat the bosses. You can start the next journey with the Dreaming City map. If you complete the next journey successfully, you’ll receive the Depleted Weapon Core item as a reward. Bring a good team to protect the strike. To go to the next option, Back to the Drifter.

This is the final stage. In this stage, you will go back to Gambit and you have to make a strong Fireteam. Because in the stage you need to win 10 Gambit matches then drop off 400 Motes. After the win, you have to calculate the loss and win. Then as soon as you hand over them and try to play as safely as possible.

If you want to get Lights Out,  you need to kill 25 Guardians in Gambit. Or you have to kill four enemies during invasions three or four times. If you get a good and strong friend, you can Sing Them up for this step.

You will get the Dark Weapon Core item when you complete the Lights Out Step. Exchange it for the Malfeasance.

Arrange up everything in the Darkness in the Light Destiny 2 quest for the next play.

If you have any questions about the Darkness in the Light Destiny 2. You can see more info below. We discover some questions that readers usually want to know.

How do you do Darkness in the Light 2 Step 2 destiny?

Ans: You can see the below video fixed the problems.

How do you earn points against the darkness?

What is the darkness in destiny?

The Darkness in destiny is a powerful and para-casal force that is inimical to the Light. It is also known as the winnower. The Darkness in Destiny is the main antagonist of the Destiny Series. 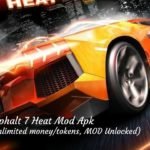 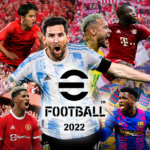